Here’s A Surprising Difference Between 30A and 50A RV Power!

When you plug your RV into a power supply, flowing electricity allows you to flick on your lights, pump your water, watch the TV, run your furnace, and charge your smartphone.

Unlike a house, your RV isn’t permanently connected to the electric grid. You must plug it in. But those plugs … don’t look anything like a regular household outlet!

Welcome to the strange and occasionally dodgy world of RV electrical service.

Today’s topic: What’s the difference between a 30A and 50A RV?

5 Surprising Differences Between a 30A and a 50A RV System

But did you know a 50A connection supplies more than three times (3x) as much power?!

The SuperNerd explanation is that amps don’t equal power. Watts do. And because a 50A connection uses two 120V legs at 50A each, compared to the single 120V leg of a 30A connection, a 50A power supply can supply 3.33 times the power!

If you want to understand this more, learn about Ohm’s Law.

Here’s the real-life impact of this difference.

With a 30A power supply, if you’re blasting your air conditioner and then turn on the microwave, there’s a good chance you’ll trip your breaker and shut off power to everything.

With a 50A power supply, you can run two air conditioners, a microwave, a TV, and a coffee maker with no problem!

Not the Same Plug!

Here’s what a NEMA TT-30R 30A receptacle looks like: Depending on how your high-end motorhome or 5th wheel is wired, you may have one or two 240V outlets for heavy-duty appliances like a stackable washer and dryer or a full-size electric oven.

When you plug your camper into power, electricity is delivered to a circuit breaker distribution panel, often integrated into your converter box. These circuit breakers control your individual circuits.

The typical setup of a 30A camper looks like this:

As you can see, there isn’t much room for expansion! No room for multiple air conditioners, multiple refrigerators, or several on-demand water heaters.

Only two thermostatically-controlled 120V appliances are allowed in a 30A system.

Impact: With a 30A system, you only get one furnace and one air conditioner!

The only exception to this rule is if your RV uses a listed energy management system, which most don’t.

This is why most larger or longer RVs, which require multiple rooftop air conditioners, are all 50A.

How do I stop my 30A breaker from tripping?

If you’re accustomed to the comparatively unlimited power of a 50A connection, camping with only 30A may take some getting used to.

Yes, you can. There’s nothing stopping you from plugging your Class A motorhome into a tiny 20A household outlet or your budget travel trailer into a 50A power supply!

But you can’t cheat the system. If you plug your motorhome into a 20A household outlet, you’ll only be able to draw 20A before the household breaker trips. So you won’t be able to run more than one 120V appliance at a time.

Conversely, if you plug your 30A travel trailer into a 50A power supply, you’ll still only ever draw 30A (total of 3,600 watts). If you attempt to draw more, you’ll trip the main 30A breaker in your distribution panel.

In fact, you should really carry around several adapters! Older mom n’ pop campgrounds may only offer 30A power.

No. That’s not how electricity works. You’ll probably kill yourself.

Yes. But it’s pretty involved. It’s beyond the scope of this article, and to be honest, if you have to ask the question, then you probably shouldn’t be attempting this conversion. Electricity doesn’t give second chances!

If your campground is boasting all their RV sites have “100 amp service,” that doesn’t mean they’re catering to some super high-end type of RV with 100A power supply needs.

It just means the power pedestal at each campsite has three outlets:

Do I need a surge protector if I use an adapter?

Yes. You should use an EMS surge protector every time you plug in!
Can I use an extension cord between my power inlet and power pedestal?

Extension cords cause voltage loss, which increases the amount of amperage you must draw to achieve a certain amount of power.

Traranslation: The longer the cord, the more amps you’ll draw! You’ll more easily trip breakers or even overheat your appliances.

The workaround is to use larger gauge wire for long wire runs. Here’s a table for some quick rules of thumb. This table errors on the conservative side for 120V electricity with less than a 3% voltage drop.

There isn’t just one kind of 30A or 50A receptacle. They are wired differently.

This is a NEMA 10-30 receptacle. It is NOT FOR RVs. You’ll find it in some older homes for the dryer outlet. Plug your 30A RV into a NEMA 10-30 receptacle, and you’ll fry your converter. Possibly also fry your appliances. And maybe start a fire.

Or here’s a NEMA 6-50 receptacle. It is NOT FOR RVs. It’s commonly used for welders, plasma cutters, and other machinery. It has no neutral. It only supplies 240V across the hot contacts. Plug your 50A RV into a NEMA 6-50 receptacle, and you’ll fry your converter. Possibly also fry your appliances. And maybe start a fire.

There’s a reason why your RV power cord doesn’t fit into all receptacles. If your plug prongs don’t fit into the receptacle slots, there’s a good chance the two aren’t compatible – and no adapter will fix that fact! 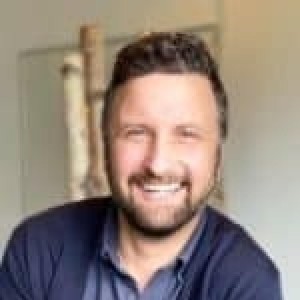 Is There Such a Thing as Too Much Tongue Weight? (with Examples)

Geek’s Guide to RV Surge Protectors – And Why It’s Better than Insurance!

Judging Construction Quality at an RV Show (Secrets by an RV Engineer!) My Favorite RV Caulks and Sealants (Not Just Another Schmoozy Amazon List!) When Towing, the Weakest Link Breaks the Chain Quick Tip: How Often Should You Reseal Your Camper?